Arjun Gets To Know About Subhadra’s Pregnancy, Shishupal To Insult Krishna In Mahabharat

Posted by TellyExpress Team on March 15, 2014 in E- Bites, Mahabharat 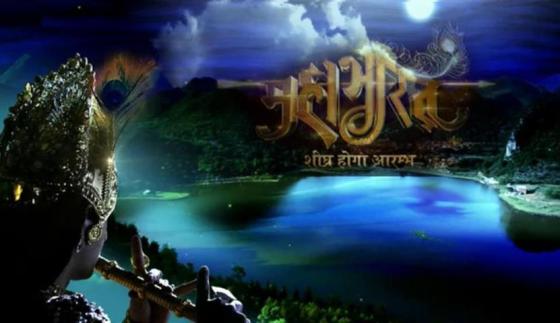 In Star Plus Mahabharat Next Week,Subhadra charms Draupadi by her innocence.. Draupadi welcomes Arjun-Subhadra to Indraprastha and Arjun explains her why he had to marry Subhadra. Shakuni & Duryodhan are on their way to Magadh to take help from Jarasandh. We see Jarasandh an invincible strong man who can’t be killed. Jarasandh meets Duryodhan, Shakuni, annoyed by their selfish plans he puts them into jail.

Jarasandh orders his men to capture them and take their heads off and send the heads to Krishna.Shakuni tells a revolting Duryodhan to keep quiet and become a captive. In jail Shakuni explains Duryodhan why they need Jarasandh to do Rajsuyayagya, he sents Shukr to Karn to rescue them..Karn gets Shakuni’s message, Vrishali pleads him not to go as she is pregnant.. nonetheless Karn reaches magadh defeats Jarasandh… Shakuni takes up this chance and persudes him to do rajasuya yagya. On the other hand Krishna tells Pandavs they should go ahead with the Maya sabha, he further tells Yudhishtir that killing of Jarasandh will be the beginning of his Rajasuya yagya..

Arjun gets to know subhadra is pregnant- Krishna says the first priority for Yudhishtir now is to the Rajsuya yagya.Karan comes back to vrishali from Magadh..Vrishali gets up excited only to sees him crowned again..Karan asks an upset Vrishali.Karan leaves. Shakuni, Duryodhan and dussashan enters Indraprasth..walking to the mayasabha.. amazed to see the magical world. Chedi king Shishupal meets them & insults Duryodhan for being a coward. Shishupal meets Krishna his eternal enemy and insults him too. Then he tells Duryodhanabout how Krishna took away his third ye and extra limbs on his birth making Krishna his enemy from birth & that his main plan is to put an end to this Rajasuya yagya.Kunti, Bheeshma & Vidur arrive at the Rajasuya yagya. A proud Kunti blesses all her sons. Yudhistir sits on a magically created throne..takes blessing, Shishupal keenly watches all through this. He gets his chance to stop the yagya when Yudhisthir chooses to honour Krishna for the final ritual.. Krishna nods and accepts. Shishupal insults Pandu calling him an Adharmi. Shishupal further insults Bheem, Arjun & Krishna…calling Krishna “Apraadhi”

← Spoiler Alert: Beintehaa,Mahabharat,Veera & Saath Nibhana Saathiya
Zain To Meet With An Accident, Aaliya To Take Care Of Zain In Beintehaa →